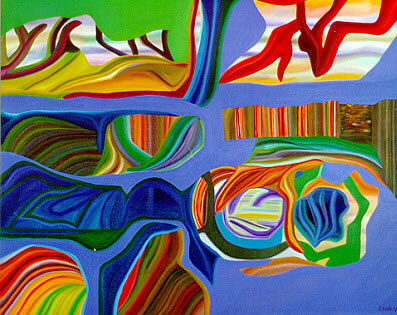 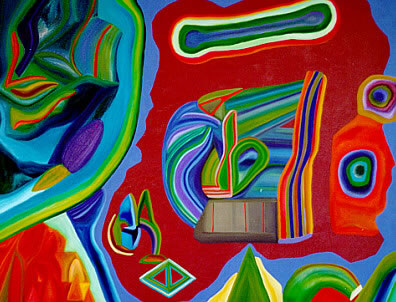 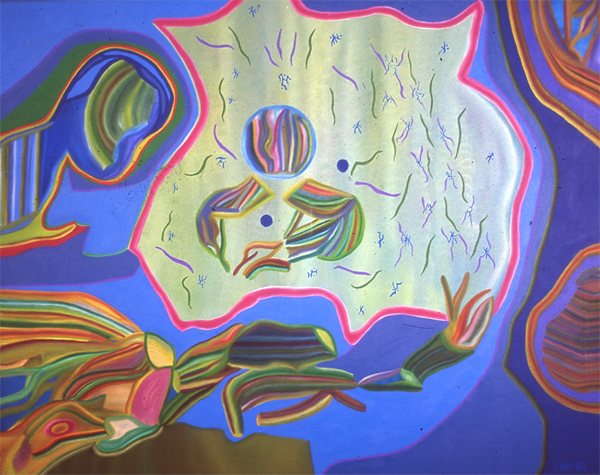 He began painting at the age of 35. His paintings are characterized by the strong contrast of colors and their visual impact.

The critics describe his works as follows: “Camilo Villanueva is a kind of alchemist who during the production of his work has access to an extra-ordinary state of consciousness which enables him to achieve his superior intention. Through his paintings, he generates energy, uplifts the subtle and precipitates the dense; thus penetrating in deep spiritual messages of love and unity”.

Villanueva’s paintings are exceptional mandalas which can be used as doors to the cosmic elements that transmute the soul into something higher to discover the key to its evolution. When we access Camilo’s paintings, sort of holograms in which each part holds the information of totality, we are offered the opportunity to enrich our spirit, discover the unseen and feel one with the Creation.

Deeply moved by the inner world and artistic career of Xul Solar, he studied painting at the Romulo Raggio museum in Vicente Lopez, Province of Buenos Aires. He specialized in the theory and practice of colour such as it is manifest in his work.

In Buenos Aires he exhibited in Patio Bullrich a renowned art and commercial centre, the Sheraton Hotel, the Conquistador Hotel, the Argentine Rural Society, La Maja art gallery, Babilonia art gallery, the Argentine Association of Transpersonal Psychology and was then invited by this association to exhibit in various congresses using the theme “a different artist for a different  public”. In the 90s he was invited by a cable television company, Cablevision, to participate with his paintings in several art programmes.

From 1997 to 2010 he lived in the Calamuchita Valley, in the province of Cordoba, where he had the opportunity to produce greatly and exhibit in numerous places, such as Posta el Sauce art gallery in Villa General Belgrano and Arteempresa art gallery in the city of Cordoba.

After that and already settled back in Buenos Aires, he presented his work in various art galleries in the CABA and in international hotels. In May 2010, he participated in Paris, invited by Espacio Escarlata, with three of his paintings, in the Art Centre La Bellvillose located in the Parisian traditional neighbourhood of Bellville.

At present many of his paintings are exhibited in art portals of different countries of the world and are part of private collections in the United States and Australia.

The house in the woods

Parts of a whole