PAINTERLY SÉANCES IN COLOR AND THE PAST LIVES OF CAMILO VILLANUEVA 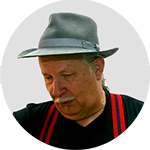 The first ‘painting’ prehistoric hunters were already familiar with spirituality and magic. The prehistoric rock paintings in the French caves of Lascaux show that clearly. But also the paintings in the cave of Altamira in the Spanish Pyrenees, and recently (2012) the discovered caves in Nerja near Malaga, Spain, illustrate the relationship that has existed for centuries between painterly aesthetics and spirituality as magical consciousness.

The New Scientist announced that according to one of the researchers, José Luis Sanchidriá of the University of Cordoba, Nerja holds the images of seals, which were eaten by the Neanderthals.

Using the C14-Accelerator Mass Spectrometry method (C14-AMS), painterly products, 6 in reddish brown paint ‘painted’ drawings, were still situated in terms of date at about 43,000 years ago.

The marriage between art and spirituality is of all times. With painterly magic by Asian or South American shaman, the spirit world would be placated and asked for help in the hunt, with the sculptural and painterly talents of the African ‘spiritual decorator’ attributes of totemism were offered, with the religious spirit of the painting monk Russian icons were charged energetically, and with the icon and logo of Madonna or Shakira on facebook millions of music followers are spiritually tempted to purchase one or more albums.

Any form of art, including painting, stands or falls with the premise of the creator, the spirit. The way the mind inspires the physical body of Maradona and Messi hunting for goals, and the spirit of Formula 1 driver Ayrton Senna had him become a saint of the racing track. Remove the spirit of a living ermine, and only a deadly tired fur coat of royal blood remains.

While spirituality within painting is of all times, it has always existed – from the caves of Altamira through Adoration of the Mystic Lamb by Jan and Hubert van Eyck to the Manifiesto blanco of the Argentine-Italian artist Lucio Fontana – it seems as if the marriage between art and spirituality is completely new and new-laid.

In 1987, Maurice Tuchman, chief curator of the Los Angeles County Museum of Art, brought into the limelight the exhibition The Spiritual in Art: Abstract Painting 1890-1985, and needed 10 years of preparation to make a selection from more than 250 works of 100 artists from America and Europe.
Fairly recently (2009) the internationally renowned museum of Fine Arts The Stedelijk Museum in The New Church in Amsterdam, Netherlands, brought the exhibition Holy Inspiration. Religion and Spirituality in Modern Art (Fuego Sagrado. Religión y Espiritualidad en el Arte Moderno).

Here also the impression was given that a part of spirituality in painting was the latest invention after the hamburger or milkshake from McDonalds. Of course, the highlights in this exhibition were shown by the work of contemplative American painter Mark Rothko and the Italian Francesco Clemente, the painting ‘monk’. In my review Sobre el origen del Arte Contemporánea por medio de las Memorias de Vidas Pasadas which I wrote on the occasion of the exhibition, I explain cross-links between paintings of the artists and art-historical settings of their past lives. The spiritual foundation of the artist and his work, as I stated, has always been reflected in terms of his or her past lives. As a psychic and mediumistic journalist this past life-factor observed within the exhibition in Amsterdam was undoubtedly clear as if it was seen through a crystalline lens.

The influence of past lives within the work of Camilo Villanueva is also unmistakable. Art Historically related to the recent history, Camilo’s oeuvre is largely related to the work of Corneille (Liege, Belgium 1922 – Auvers-sur-Oise, France, 2010), the grandmaster of the elegant and extremely colorful aesthetics, whom together, with Karel Appel, Constant, Asger Jorn formed the international group Cobra. His beautiful and aesthetic gems were popular and are now sold for hundreds of thousands of dollars. The paintings by Camilo Villanueva manifest in terms of color the same intentionality, and must be appealing for the eye and the heart like hot cakes.

Camilo Villanueva is, having seen his work, familiar with the classic painters. Jean Miro and Paul Klee have to be considered as favorites, but also the beautiful painterly viscous brush stroke of Francis Bacon’s is perceptible within the beautiful painting ‘Nuevo corazón’. His painting ’Nuevo continente’ wears in the heart a red defined field which contains a kind of subtle poetry of stripes, of which Paul Klee and Cy Twombly would have been envious, and as visual scriptural could even be ranked as Visual and Concrete Poetry.

Many of his paintings have, because of a refined color setting, a mild hallucinogenic effect on the viewer. This hallucinatory effect is or can be the basis of hypnosis, because the eyes will translate certain color combinations into specific electromagnetic vibrations in the brains, similar to the field of hypnotherapy.
How the voice of a trained therapist can quiet down a patient/client with for instance ADHD, or energise a severe case of indolence and inactivity. Painting also as medicine: physically, mentally, spiritually. All psychiatrists and psychologists known what positive effect art can have.

In terms of past lives, Camilo Villanueva stems from both the type of Mexican Huichol Indians as from Australian Aborigines. Both nations know shamanism, whereby the shaman – chief, priest, ritual artist and healer – was the guardian of the clan. Camilo Villanueva now increasingly follows in the footsteps of his previous lives, from previous incarnations, specifically in the footsteps of the former shaman.

In one of his incarnations now serving as main branch for all his past lives he ‘brought along’ into this incarnation, Camilo (as he is called now) painted objects within totemism which served for ritual use. The decorativeness, a word and concept that obviously did not exist at the time, was the visual form in which symbolism and ritual painting was reflected. His current abstract paintings are actually painted motifs of ancient ritual objects, but on a flat surface.

The shaman, now called Camilo, was very hot on his liberty, freedom of action, an important fact that up to the present Argentine incarnation has persisted, his highest good. As a shaman, he worked from early morning to late evening, conscientious, careful, accurate and always willing to help others, sometimes even at his own expense.

Camilo is still the shaman of the past, building his paintings steadily, one stroke at time, but now using a new outfit and geographical setting of the Argentine culture, and historically within the twentieth and twenty-first century. With his colors shaman Camilo again draws the viewer into a world full of poetry and visual incantations.

Camilo Villanueva Owner of its essence and its color.

“The most easy and more difficult of the world is knowing Who we are.”
Louis Cattiaux

“The aim of art is to represent not the outward appearance of things, but their inward significance”
Aristotle